The Astros have won 11 straight and end their road trip 10-0. Will they bring home the World Series again? I think they will, here’s why.

The Astros have the stats on their side, because they lead the MLB in every stat. Best average, ERA, and they have the best fielding percentage. That is the MLB!!! They have a better record on the road than at home and now that they have taken the lead over the Mariners for the best record in the AL West, they are in business. A former Cy Young winner in Dallas Keuchul has the worst ERA on the team. The best ERA in Justin Verlander, another Cy Young winner, is mowing down players with nine wins. That means every 8 games or two or three series he gets a win.

To top it off, they have Jose Altuve who has a top five batting average in the league and has the most hits in the league. You may think that is just one player and it doesnt matter but his team is consistently good from the top of the lineup to the bottom. 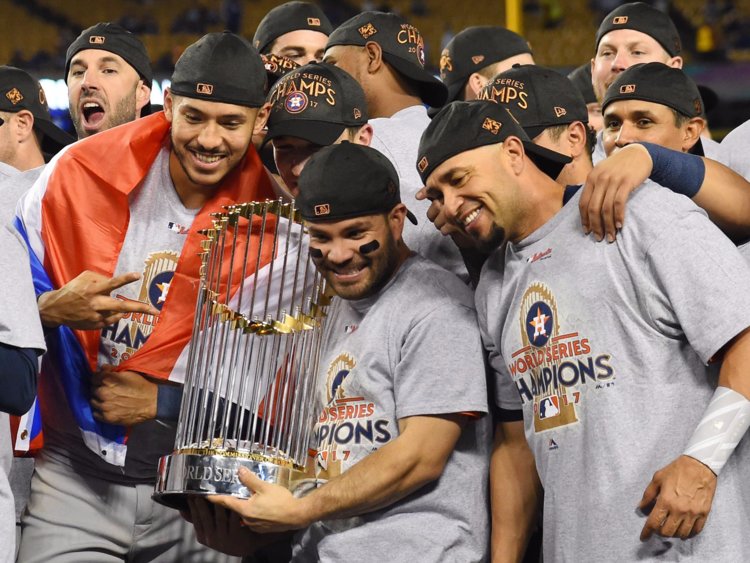 One thought on “Is the Astros Future to Repeat?”