The Celtics are in Game 7 of the Eastern Conference Finals against the Cavs and they are at home. Now, as a Celtics fan I don’t want to write about this because I don’t want to jinx this. I do think the Celtics will win though, and here’s why.

The first reason why is home court because, the Celtics haven’t lost at home in the playoffs. The Celtics have won at home at an average 17 points against the Cavs in the series. Also, Kevin Love is hurt. This will give Jaylen Brown a easier chance to score, as he score 27 points when Love got hurt but he needs to play good defense to stop Jeff Green from scoring double-digits because, he did when backing up Love. Finally, they need to stop Lebron James. They need to help if he gets past his defender because no one on the tea can stop him besides the team. Also, they need to not give Lebron easy shots and make him earn his shot. 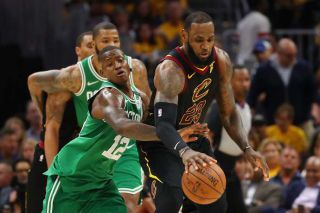 One thought on “Will the Celtics Make the NBA Finals”