In NBA news, the Celtics are knotted at 2 in the Eastern Conference First Round, and this team may not win a Finals this year, but they have managed to get the two-seed in the East and they are doing it without one of their best players. This team would dominate the field with him. They have a rookie in Jayson Tatum and a second year player in Jaylen Brown playing together. This team isn’t a joke and people are looking at them as a  joke. Their starting five right now is all averaging double-digits. If you put Marcus Smart and Irving in the mix those seven players average around 97 points. Then if you put Gordon Hayward in the mix that’s about 110 points from seven players. Underrated now? Now, they wouldn’t be considered underrated with these players but 97 points from seven players isn’t bad.\

Continuing on the topic of the Celtics, Brad Stevens is a incredible coach. Taking one star and coaching a team to a two spot, he is a awesome coach that gets a team to play together. Remember, he took a Butler team at a 5 seed to a National Championship and he took a 8 seed to a National Championship, but his team couldn’t finish the job. So what I’m saying here is taking these players and a injured team to a spot that tops the 76ers, Cavs, and a better record than the Warriors, why wouldn’t you be Coach of the Year. Coach of the Year should be looked at as the coach who brought a team with little talent to great accomplishments. A great coach can have great players and get a great record. 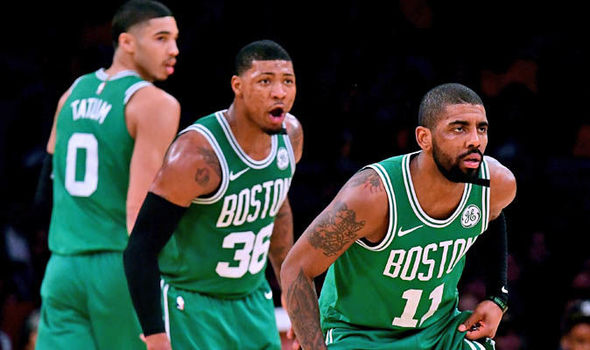 More on why Brad Stevens should be Coach of the Year: https://fourthquartersports.org/2018/04/04/why-brad-stevens-should-win-coach-of-the-year/