Today, my blog will be controversial. In NCAA Basketball news, I believe that Notre Dame will win the ACC Tournament. The reasoning is simple and that is Bonzie Coulson. He was injured earlier in the year and when he played for them they beat Wichita St on a neutral court. If they make the tournament, they will have lots of potential to win a lot of games. Today, they play Pittsburgh, the worst team in the ACC. Then, if they win, they play Virginia Tech, and with Bonzie Coulson back, that should be a win. Duke would be next, that will be a tough game as they lost by 22 on the road against them. Duke is hot too, but the reasoning for the win is, they didn’t have Matt Farrell or Bonzie Coulson that game. Also, if they both have good games and get the ball out of Bagley and Allen’s hands, and contest the shots, a win should show up for Notre Dame. The Irish would most likely play Miami next and now having Coulson, they can take the Canes down inside. The defense on the guards is another story but that can change with getting out on the shooters and taking away the three ball. In the championship, I have them playing Virginia, who they lost to by five on Saturday with Coulson. Now, they are on neutral court and with Bonzie Coulson having 24 against them on Saturday, with a little help from the guards, the Irish will win the ACC Tournament. Finally, a cool stat is, the Fighting Irish are 6-9 without Bonzie Coulson and with Bonzie Coulson they are 11-3. (All stats from regular season) 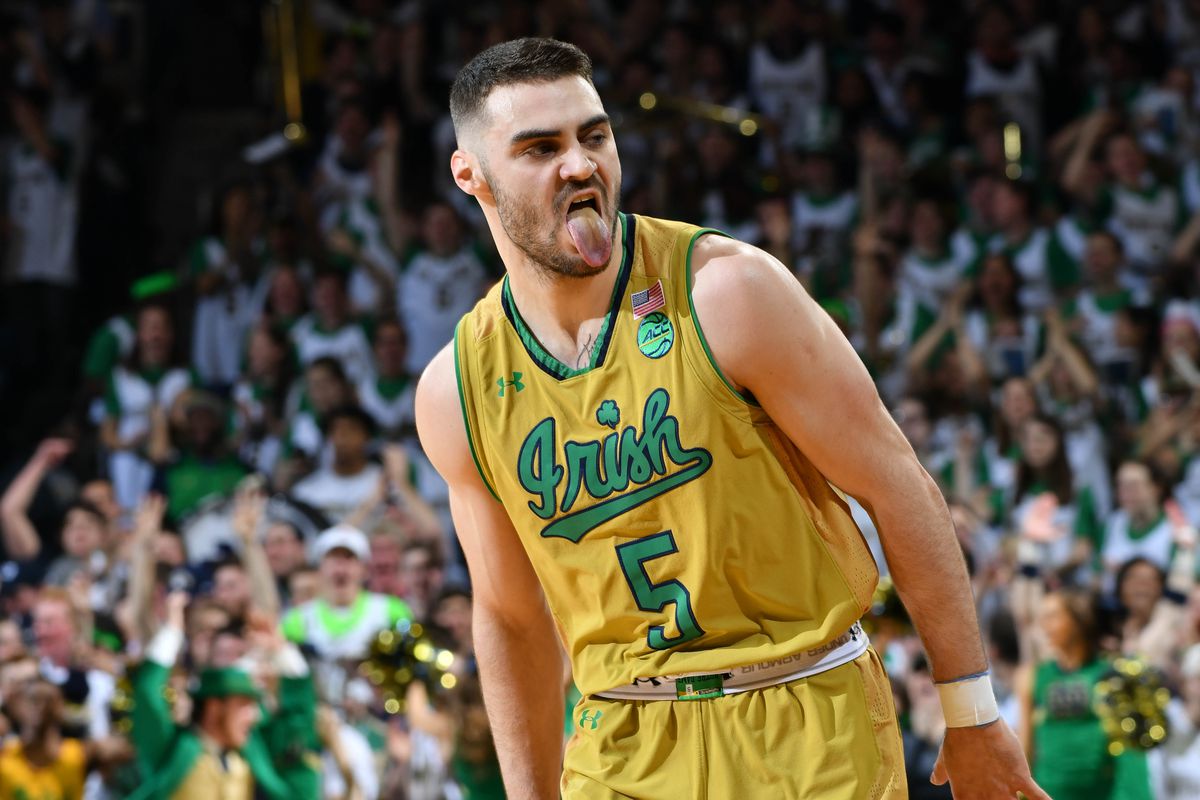 In more NCAA Basketball news, the third ranked team in the WCC, BYU, and the first ranked team in the WCC, Gonzaga, will play tonight for the WCC Tournament Championship. My prediction is Gonzaga will win 72-61. This is because, Gonzaga has beat BYU by 14 on the road and 8 at home. I can say that Gonzaga will win, but the question is, how much? The average of 14 and eight is 11. Then, I know it is an eleven point game and the score is somewhere in the range of the previous scores the two teams have had.

Pictures courtesy of: One Foot Down and Orleans Arena

One thought on “Notre Dame Run and WCC Championship Preview”