In NCAA Basketball news, the Louisville Cardinals will need to vacate their 123 victories and will lose their National Championship in 2013. This is all due to a sex scandal, when Louisville hired someone to take other dancers to strip and have sex with recruits. Is this punishment fair? Yes, this is a terrible act and violated rules, so it definitely should be handled like this.

In NBA news, a poll of Oklahoma City Thunder players, had 45% of the players saying Paul George will not be in Oklahoma next year. Is this true? It is a hard question but, yes. This Oklahoma City team is not what they could be. They have two players in Russell Westbrook and Carmelo Anthony that shoot too much and hog the ball. A place he could go that would help would be the Lakers. The Lakers are young and could use an all-star on their team and not just a rising-star. They now have Isaiah Thomas and may keep him. If you have Kyle Kuzma, Paul George, and Isaiah Thomas, that is playoff worthy. 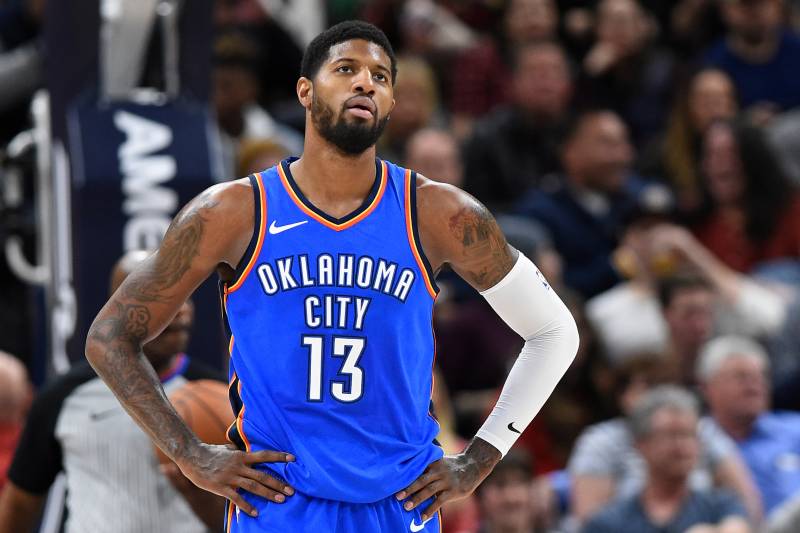 Pictures courtesy of: The Source and Bleacher Report